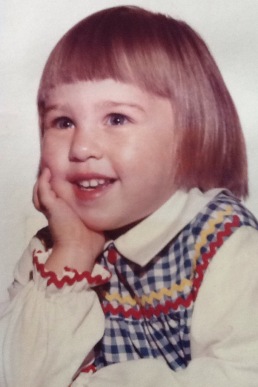 About twenty years ago a therapist asked me how I had felt about the divorce of my parents when I was five years old.  My answer was, “It was a relief.”  Only in retrospect has it occurred to me that I must have been asked that question by a lot of therapists over the years to have that answer so pat.  And, it isn’t entirely honest.  There are complex feelings of abandonment tied up in the divorce. Adults, overwhelmed with their own grief, often make choices that aren’t child-centered.  Nor should adults center their existence around their children to the exclusion of their own well being.

But it is also true that the divorce was a relief.  I was often the catalyst for the fights between my parents, just as I was the cause of the marriage.  Mom didn’t want to marry again, but she was pregnant, and in the early 1970s there weren’t genetic paternity tests.  My father went so far as to hire a lawyer to explain the legal ramifications to her: marry the father of her child or end up in a tangled legal mess.  My mother was a captured tiger from the start.

I was smack dab in the center of everything that wasn’t going to work in that marriage. The fights simple questions triggered were epic.  I asked my father once if the ruffles on my underpants went in the front or the back.  He, wrongly, answered front.  Mom told him he was wrong.  He reminded her that he had three other children and wasn’t going to be contradicted by her. Fight.

Another of those triggering events involved a collectible doll, a small button, and the fact I still picked my nose.  And that is where the story “Mother’s Know Buttons” in the July 2020 issue of Dreamforge Magazine comes from.

The story started as a memoir piece. Describing, as best I could remember, the argument between my father and mother over if I had a button stuck up my nose. I vividly remember Mom trying to look up my nose with a flashlight and my father saying, “Bea, I’ve raised three other children.  She does not have a button stuck up her nose.”

Spoiler alert: I had a button stuck up my nose.

About twenty-nine years later I would have my child on his back on the dining room floor, while my husband held his head still, and I used a pair of tweezers to get a pea out of his nose.

I don’t know what was wrong with my half-siblings that they never stuck anything up their noses.  I suspect that perhaps they did but our father wasn’t around for the solution. They were born, after all, in the late 1950s through the 1960s.  Fatherhood in America was different back then.  And my mother was not the same kind of mother his first wife had been.

The story of my father not listening to me or my mother gained a different aspect when I married it to my frustration over the smart speaker. The speaker frequently doesn’t even register I’m talking to it.  It hears my husband and son with near one hundred percent accuracy. When I talk, about ten percent of the time it doesn’t catch any command was given beyond the trigger words.

My whole family, myself included, speak in the blandest of Midland Northern accents (the same accent most national news reporters have).  Midland Northern is supposed to be the most easily understood accent.  Allegedly smart speakers use female voices because people rare women’s voices as more easily understood. Despite those two facts, my speaker often misunderstands or ignores me.  I’m not alone there has been a survey showing two-thirds of women with smart speakers report issues not being understood.

When writers talk about mining personal experiences, this is what they speak of. Is the mother in this story my mom or even me?  Nope.  Not even close.  Nor is my father a soulless disembodied voice. There was a lot more heat in the argument on the way to the hospital (which in retrospect was completely unnecessary, the button would have held just fine where it was until morning).  No.  These characters aren’t the real people. It’s their frustrations and uneasy relationship, or as much as is possible to recapture from a childhood memory augmented with my own lived experiences as a mother.

You need a subscription to check out my story. Sorry. Dreamforge is a great magazine with lovely illustrations; well worth the subscription.