I have been rewatching the Hanibal TV show (2013-2015) on Netflix.  At the time it originally aired I was amazed it was on broadcast TV. It was, after all, so much of what your average American audience doesn’t want: a surrealist tone poem on the nature of evil. It the network sensors’ nightmare wouldn’t want: a body horror show that had psycho-sexual undertones. It is like watching a long drawn out temptation of Christ. 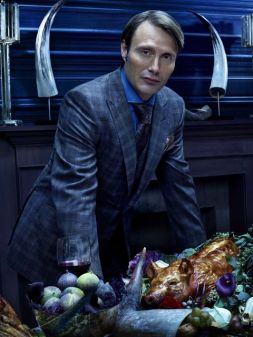 cannibal. You suspect he has killed someone and you don’t know if what he is serving up to our heroes is pork or “long pig.”  And the food-porn. Oh, the food. There were a few of those meals so beautifully presented and filmed that I might be tempted to eat even if I knew it was human flesh.

The food-porn angle was such a central piece of the TV show that Hulu ran an April Fool’s joke in 2014 that was shots of Hannibal cooking, announcing a new spin-off show “In the Kitchen with Hannibal.”  It remains to this day my favorite corporate April Fool’s joke.

There are some very specific rules to surviving contact with Hannibal.

When I was a child my father bought me Faeries by Brian Froud and Alan Lee. I must have been very young because my parents divorced with I was five and I remember my mother having to leave the room when my father would crack open the book and start reading off the darker and older folktales about the faire folk. 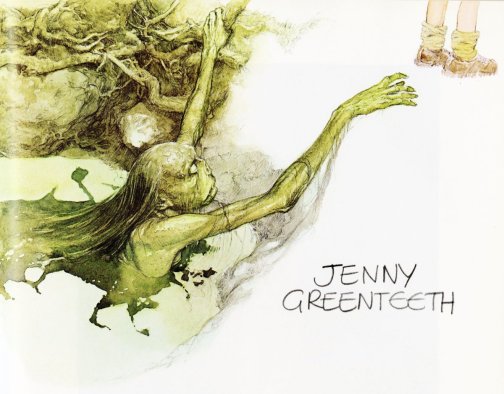 The rules of Fairy were never directly enumerated in the book, but rather doled out as dire warnings at the start of descriptions and morals solemnly rendered at the end of tales.  One of the earliest warnings of the book is respect fairy space.  And the lessons follow from there.  Do not go where not invited.  Do not eat fairy food.  Do not, for love of god, offend the ears of fairies with bad singing. Be polite, very polite. Accept no gifts for they all come with a price.  Make no bargains you aren’t willing to die to keep. You are safest avoiding fairies all together.

The stories of fairies are to remind people to be humble and careful in their dealings with strangers.  They are not unlike the few surviving Noris myths of Odin, where our trickster god lowers the vain and elevates the kind. But I think there is more there, it is a primer in dealing with the powerful.

Hannibal is from a posh background, boarding school, an expensive and extensive education. The people around him are common; he is something other.  He’s intelligent, multigifted.  Even when he find someone with talent that rivals his own, they are still less than.  He’s always two steps ahead of the heroes and only made vulnerable by his unnatural tastes, his confidence that he is smarter than everyone, and occasionally by random bad luck.  Despite the force of the FBI behind the heroes, Hannibal is the true power in the room.  Viewing himself as the natural master of all those around him.

Like fairies, he is bored. He seeks something to entertain.  Will, our fragile and talented profiler, is a very entertaining toy. Hannibal is a cat playing with a mouse, an predator.

Hannibal defines acceptable behavior, what should be punished and what shouldn’t. He, like any good royal, is the taste maker and the person to define the consequences of offending the sensibilities.  But don’t think for a moment that being polite is enough. Even if you do everything right in Fairy, you catch the wrong creatures in the wrong mood and you are lunch.  So goes it with Hannibal.

Like any lord with complete dominion over their subjects, the people are Hannibal’s to do with as he pleases.  Just as Adam is free to eat of the flesh of animals because god gave him dominion, any number of fairies will kill and/or eat humans.  It is not by accident that libel spread against royals generally involved the drinking or bathing in human blood.  The fewer rights subjects have in a feudal system, the more monstrous their lords appear.

In the area of carnal activities, Hannibal appears to be asexual.  This is the one realm

where he veers away from the myths of fairies and feudal dark lords.  But those who come into close contact with Hannibal are transformed from every day humans into slick and sexually enhanced beings. Alana Bloom, the ever careful therapist, who never allows herself to be alone in a room with Will, is transformed over the seasons from a conservative professor with fluffy hair to wearing tailored suits that mimic Hannibal’s wardrobe, red lipstick, and hair smoothed within an inch of its life.  Her body language evolves into something more sexual.  She says she has been warned that the long term effects of an injury might “alter her thinking” and the audience is left to no doubt in which direction it has been bent.

It isn’t so much that Hannibal is modeled after fairies.  Or cats stalking prey animals.  Or a king from the a time when a king was above the law because the king’s word was the law.  Hannibal is an expression of privilege. Hannibal uses gifts as a lure for what he wants.  He uses food as an entertainment.  At one point even feeding a human as the Romans fed their pigs to improve the quality of the flesh.

There are things that will predictably irritate him but it matters not if you can predict it or not. If Hannibal has a need, he will take it out of the flesh of the handiest person who is of the least value to him.  Hannibal is an embodiment of the aristocracy and plutocracy. He is every rich man taking his “rent” of those he has claimed as his subjects.

Take your warning.  It never pays to be a poor man in debt to a rich one, a beggar in Fairy, or a feeder-goldfish in a tank with a turtle.  You never know when they will turn on you.